Jaguar Skills to host the Christmas send off 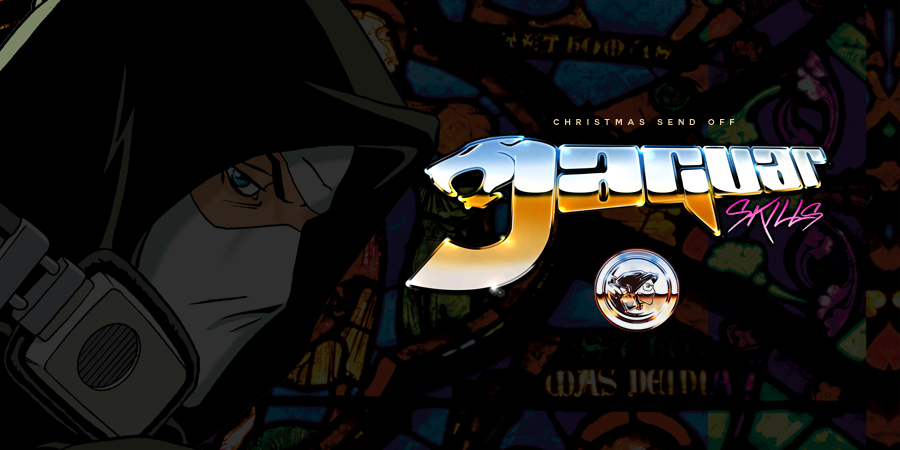 Peerless behind the decks, and yet his anonymity still intact, he has an impressive presence on the club and festival circuit, delighting ravers with his faultless technical sets and encyclopedic knowledge of drum and bass, hip-hop and everything in between.

Well respected in the hip-hop world, he created the world record breaking ‘History of Hip-Hop:600 classic hip-hop records’, played in order of release, from 1979 to 2006 in 60 minutes. He also was the architect in producing the ‘History of D&B’ ft Skibbadee, which featured every groundbreaking D&B record ever produced.

After his phenomenal sets at Reading & Leeds, Boardmasters, V-Fest and Colour Clash earlier this year, he’s coming down to Exeter to set the Timepiece decks on fire.

The support of Smirnoff made this event possible.